The TDTU Prize was initiated by Ton Duc Thang University in 2016 and the first TDTU Prize was awarded in 2017. The TDTU Prize aims to recognize and honor the world's eminent scientists for their outstanding achievements and research which have been actively contributing to not only the development of science and technology for mankind but also benevolent activities in service of people and society across the world.

The TDTU Prize is also one of the many efforts to promote the public image of Vietnam and TDTU in the international science arena.

Accepting submissions from 15 August 2018 to 30 May 2019, the TDTU Prize 2019 has received 90 applications from famous scientists in 23 countries around the world.

The Appraisal Council of the TDTU Prize includes famous domestic and international scientists and scientific managers who have reviewed and proposed the winning scientists for 2019. There are 03 scientists eligible to win this prestigious award, including:

The TDTU Prize is one of TDTU's efforts to contribute to quickly bringing the country's educational, scientific and technological activities to the international level.

For the detailed information about the winning scientists, please click here.

Some photos of the Ceremony:

On January 19, 2018, Ton Duc Thang University (TDTU) proudly organized the Award Ceremony for the Ton Duc Thang University Scientific Prize (TDTU Prize). There were many distinguished guests who spent their precious time to join this special event, including Ms. Nguyen Thi Thu – Vice President of the HCMC People’s Committee, Mr. Sofian Akmal Abd. Karim - Consulate General of Malaysia in HCMC, Mr. Kyle Nunas - Consulate General of Canada in HCMC, Mr. Luu Trung Nghia – Director of Department of Science and Technology in Gia Lai province and Prof. Nguyen Van Tuan - Chair of TDTU Scientific Prize Committee. About TDTU, it was our honor to welcome the President, Prof. Le Vinh Danh, the members of the Presidential board, the members of the Science & Training Committee and more than 1,000 lecturers, officers and students.

TDTU Prize was initiated by Ton Duc Thang University in 2016 and the first prize was awarded for 2017. The Prize aims to recognize and honor the world's eminent scientists for their outstanding achievements and research; for their contributing actively in the development of science and technology for mankind, as well as for their activities to serve people and society all over the world.

After 6 months launching (from March 2017 to September 2017), TDTU Prize 2017 has received 62 applications of scientists from the Philippines, Pakistan, China, India, Canada, France Italy, Israel, Russia, Belgium, Estonia, United States, Iran, Nigeria, Indonesia, Japan, Taiwan, Malaysia, Hong Kong and Vietnam. The Prize Committee includes well-known scientists at home and abroad and is presided by Prof. Tuan V. Nguyen, decided 3 selection criteria: the productivity and quality of scientific research; the importance and innovation in research studies; and the influence of scientist’s achievement in scientific research on their country and global. The final result shows that there are 4 scientists who qualify for the awards including:

Images from the Award Ceremony of TDTU Prize 2017: 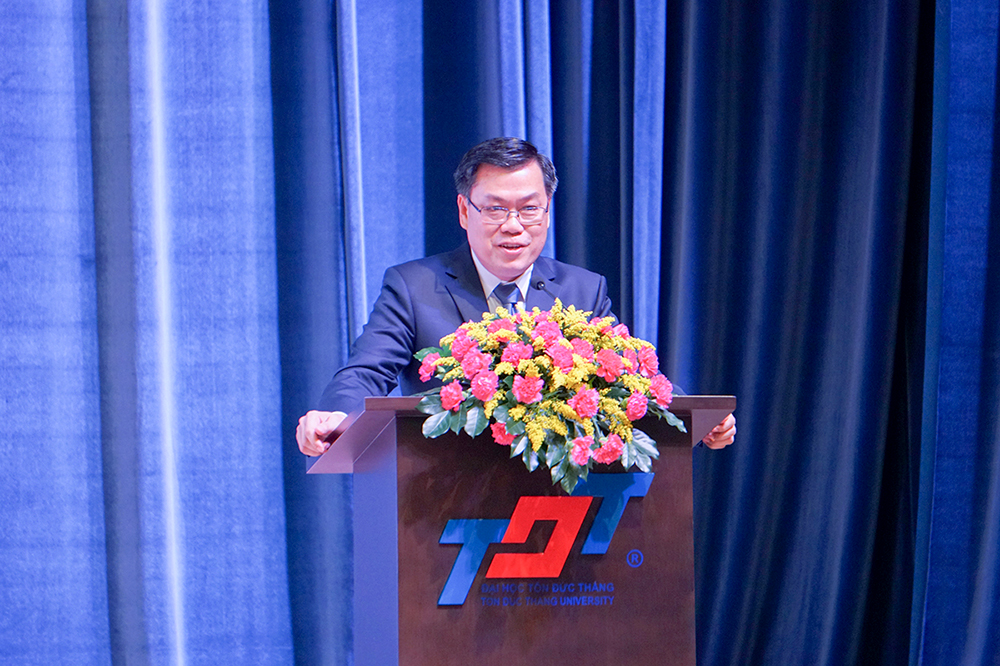 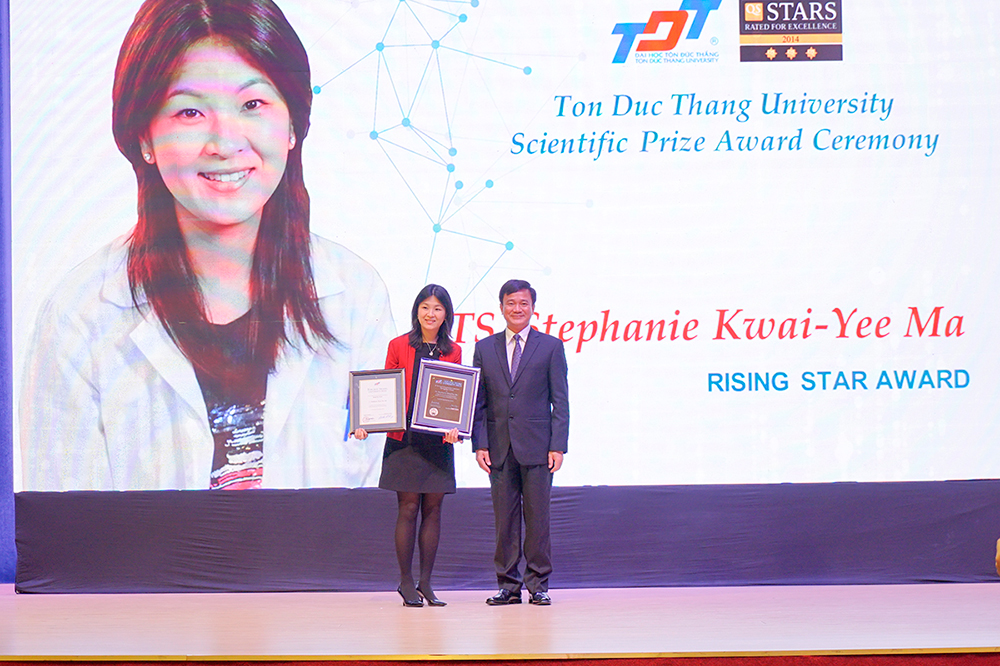 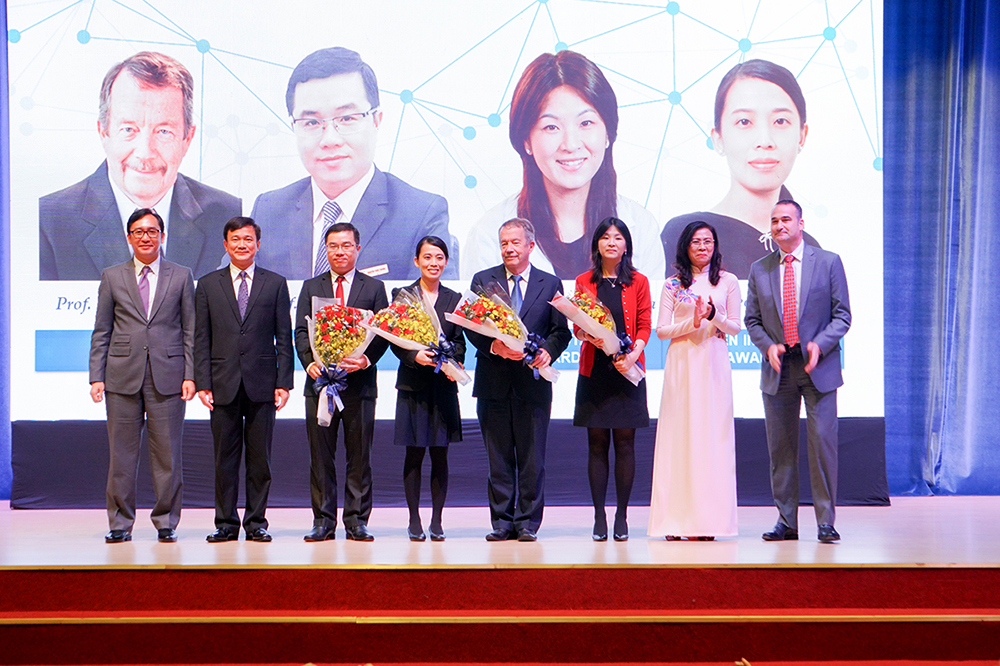 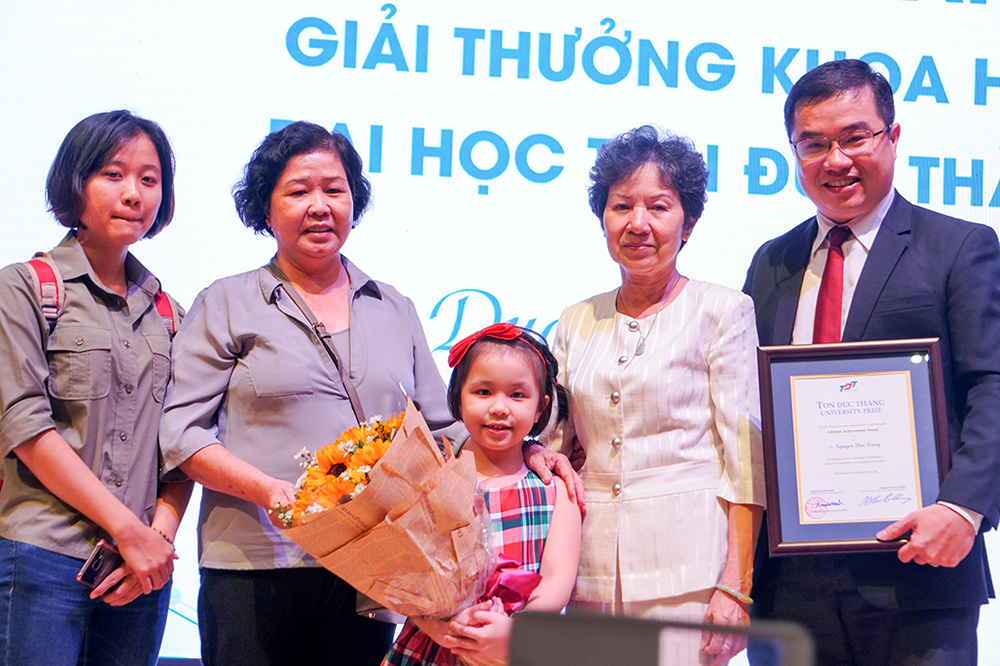 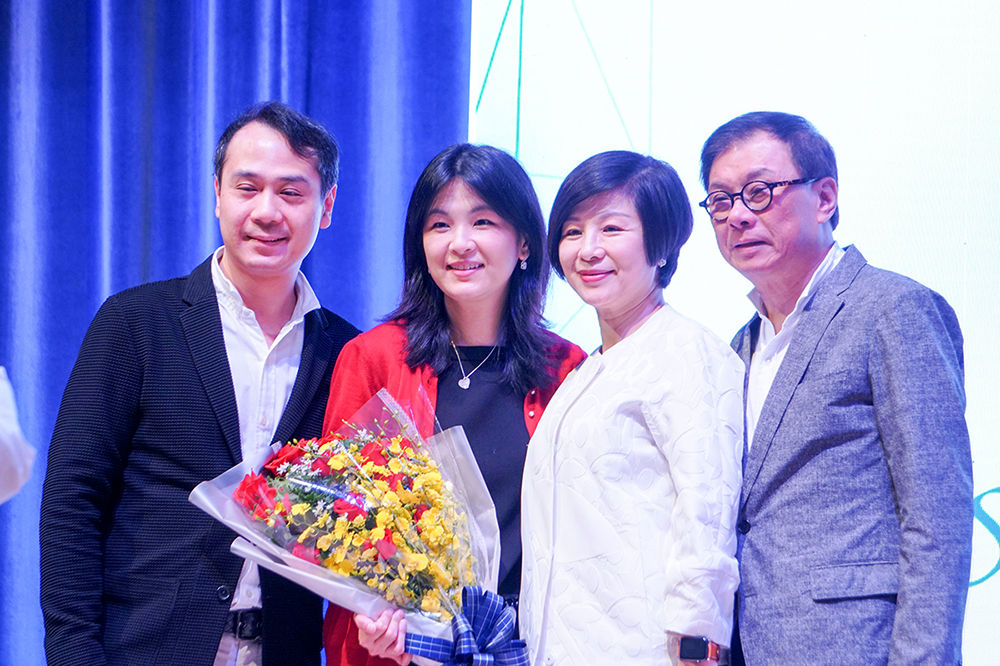 Friends and families went on stage to congratulate the winners

Some of the photos from the event: 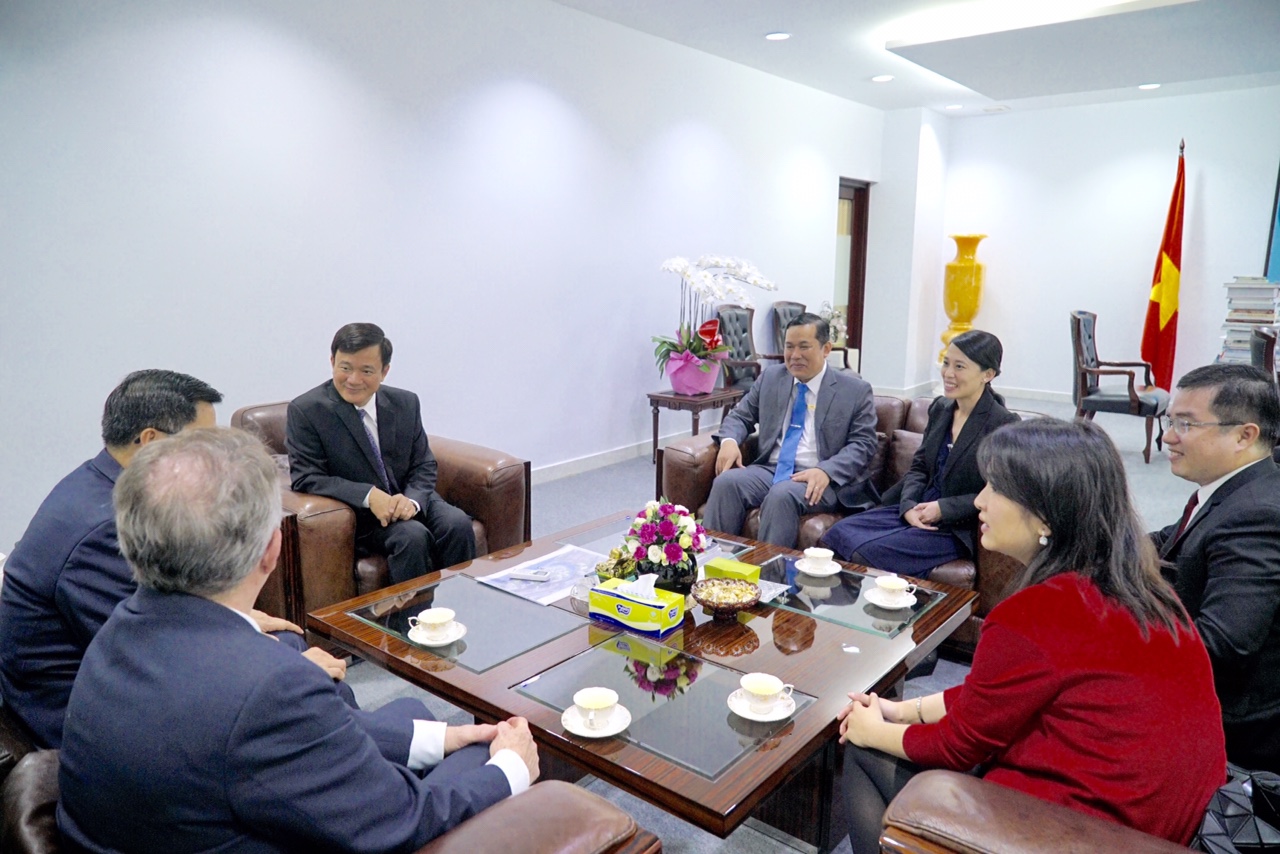 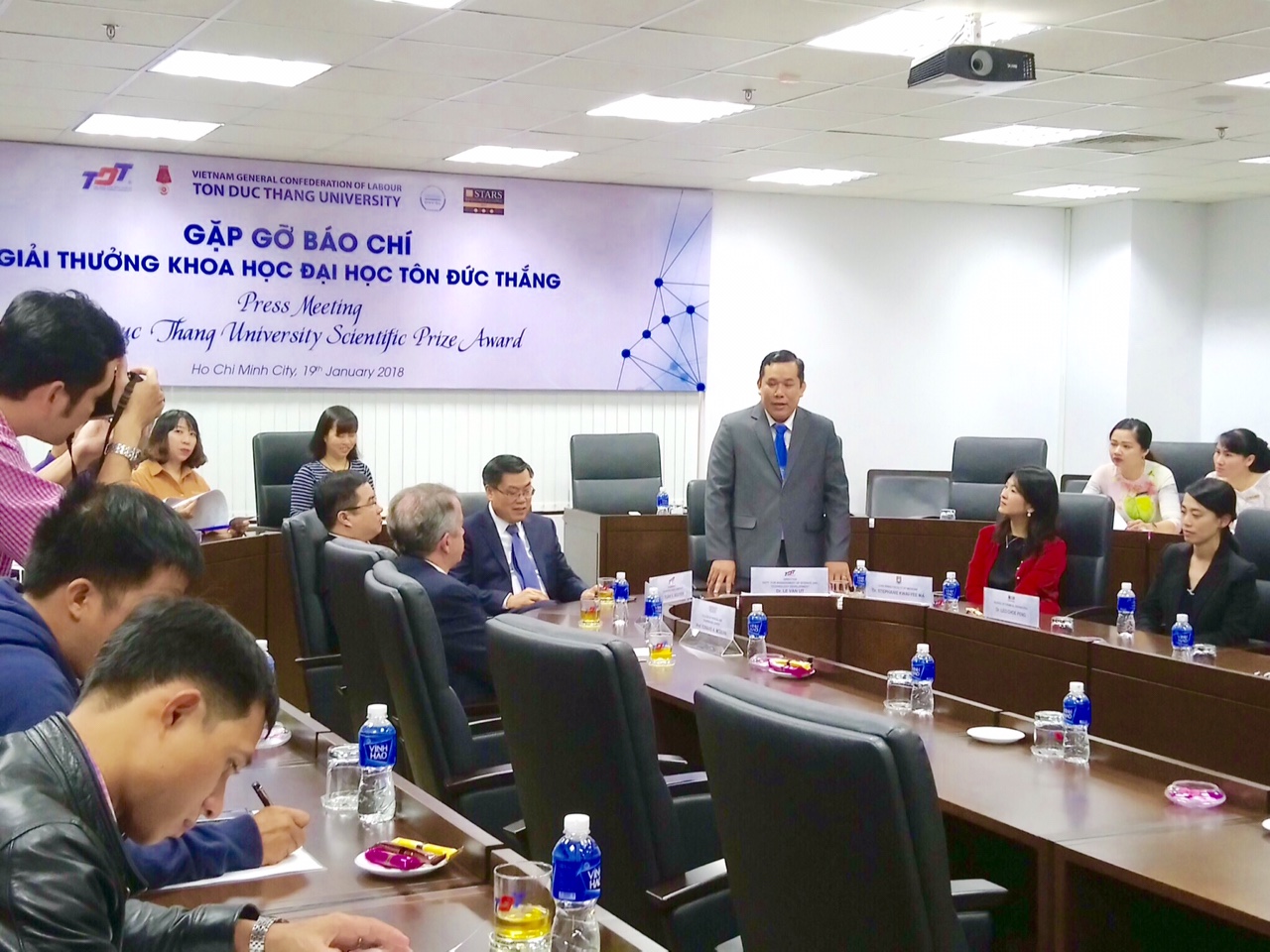 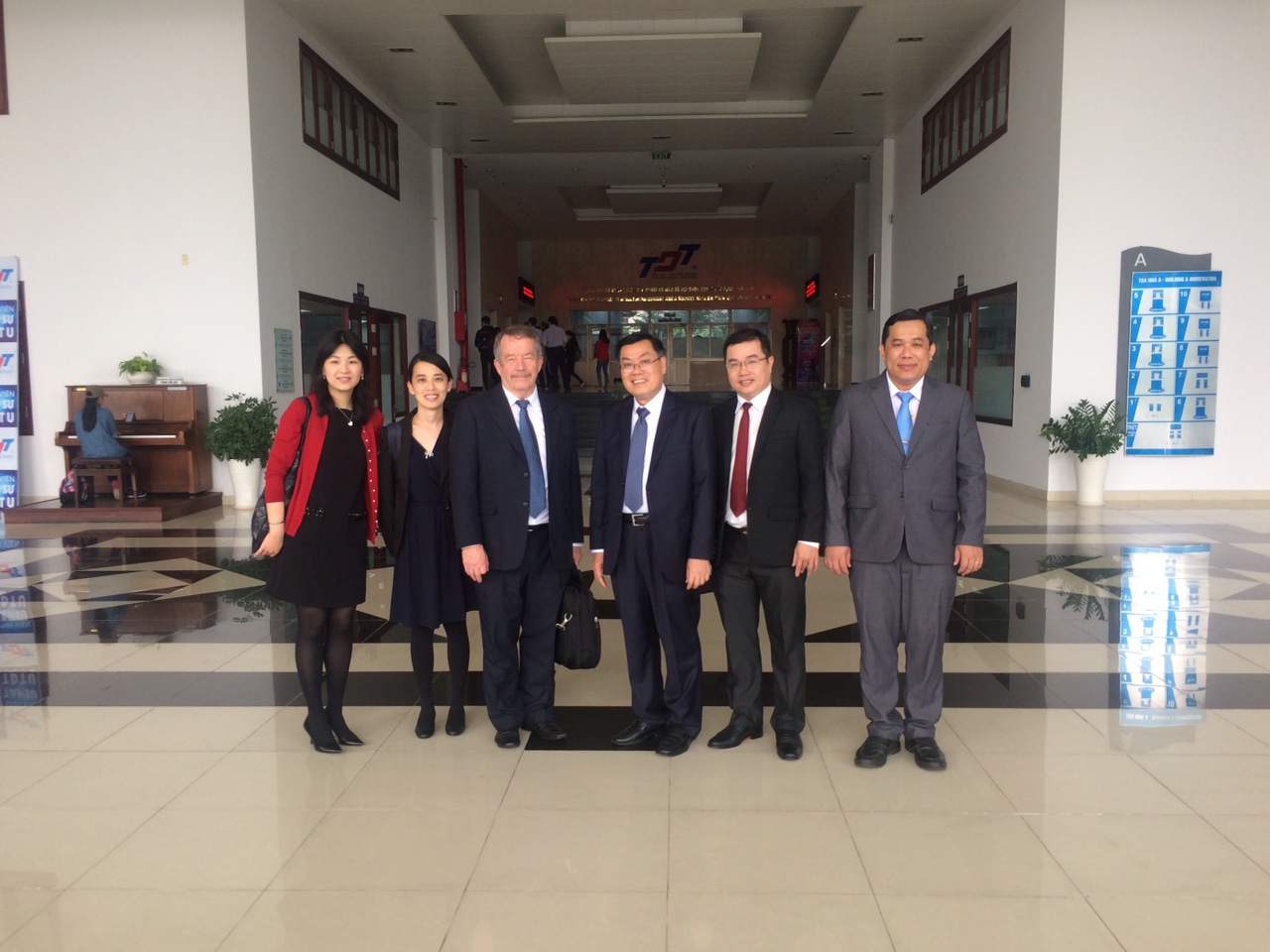